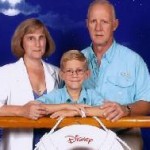 Patrick has learned a lot from "Street Defense". He has been able to defend himself when someone tried to fight with him. He is trying hard to be more focused in school and at home. He enjoys the specialty seminars as he learns many different types of defense tactics and weaponry. I believe he has benefitted greatly by being a Street Defense kid!

Jordan proves to us everyday what a great brother he is to his sister and what a good student he is. Jordan truly never gives us a problem at home and is very helpful. Karate is a passion of his that he takes very seriously and loves. We as parents definitely believe he deserves his next belt. His teacher Mrs. Ponce also agrees that Jordan continues to give 100% at school and is a good friend to his classmates. We are very proud of Jordan and his accomplishments! Respectfully, 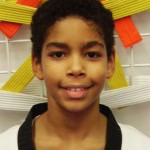 We first started Street Defense during the summers after 1st and 3rd grade, when we were vising Golan's grandparents here. I was so impressed with the changes it made in his confidence and behavior, that we moved here from Israel last year - just so he could study at Street Defense! He continues to make great progress in school, music, and Martial Arts, in spite of a demanding schedule. He knows he is a Street Defense kid, and a lot is expected of him.

"Street Defense not only teaches you how to maintain your fitness, you are also taught valuable lessons about life and how to defend yourself. It's also a lot of fun!"

"My son Daniel Campisi became interested in the martial Arts and we brought him to a few places, but it didn't last very long. It seemed to be the same thing over and over again, until we signed up with Street Defense. They have so much more to offer than the other schools, especially with the variety of styles of Martial Arts that they teach. Daniel was very shy at first, but as time went on his confidence began to rise, his nutrition improved and his physical and mental agility grew tremendously. Soke' and the other instructors spent time with him which kept him interested in being part of the Street Defense family. Daniel still trains here after 13 years. Street Defense makes you feel like you're one big family and I believe it's one of the best investments my wife and I have made for the future of our son and family. Street Defense will be a part of him for the rest of his life!"

"Street Defense has given me the confidence to defend myself in any physical confrontation than may arise!" 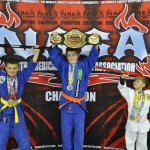 When I walk through the doors of Martial Arts University I feel at home with extended family that cares deeply about each other’s quality of life and the ultimate support of our communities children. 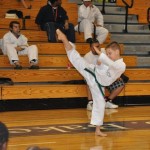 As parents, we were looking for a program that was not only reinforced what we taught at home; respect for self and others, good moral character, discipline, and responsibility. With that came a sense of pride and accomplishment for our son. The variety of styles and interactive After School programs came as a bonus. M.A.U. teaches practical knowledge as well as tradition. They also recognize that for our family this is a lifestyle choice and they support and embrace us through this journey.

Martial Arts University is a fully equipped facility. The instructors are patient, knowledgeable, and caring. There’s a definite family atmosphere that makes you proud to be a part. From the novice to the experienced pro ,they accommodate everyone. I look forward to every class.

Within two weeks of joining Street Defense, we noticed a dramatic change in Justin. He was more respectful towards his family and teacher. With each week he improves more and more.