 What is Martial Arts University ?

Martial Arts University simply offers the most comprehensive and complete martial arts systems – incorporating the attributes of the world’s most recognized combat concepts, and dedicated to teaching Awareness, Mind-Body Fitness, and the development of defensive strategies and techniques that best suit an individual. 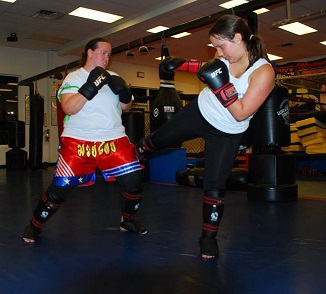 What is Muay Thai ?

Muay Thai is a hard martial art from Thailand that uses stand-up striking along with various clinching techniques. It is similar to other Indochinese styles of kickboxing, namely pradal serey from Cambodia, tomoi from Malaysia, lethwei from Myanmar and Muay Lao from Laos. Descended from muay boran, Muay Thai is Thailand’s national sport.

Thai boxing has been around for over a thousand years. However, it can be traced back using records to 400 years ago in the former capital of Thailand known as Ayuthaya. Various forms of kickboxing have long been practiced throughout mainland Southeast Asia. 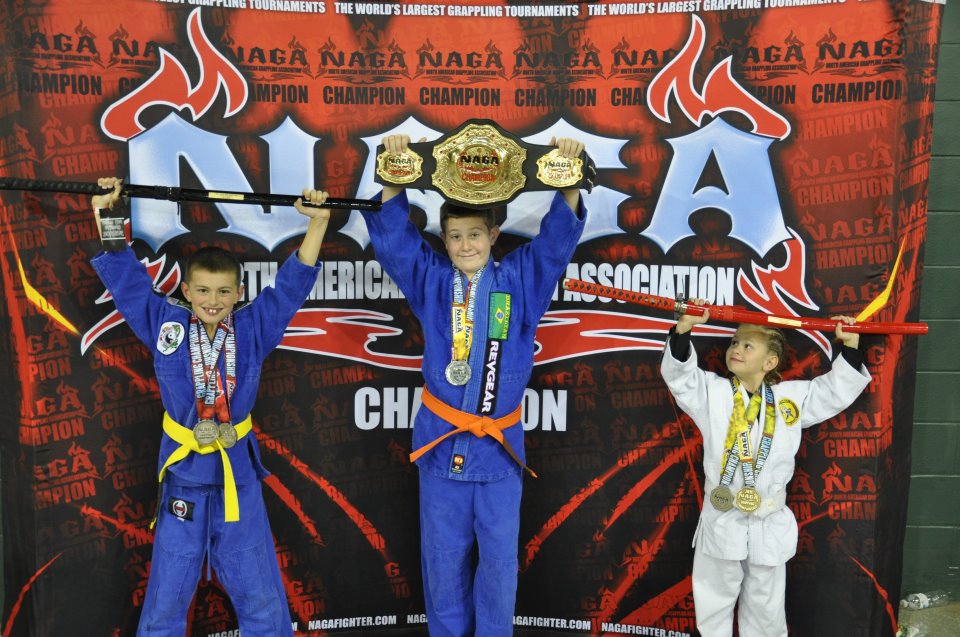 What is Brazilian Jiu-Jitsu ?

Brazilian Jui-Jitsu is a martial art, combat sport, and a self defense system that focuses on grappling and especially ground fighting. The art was derived from the Japanese martial art of Kodokan judo in the early 20th century, which was itself developed from a number of schools (or Ryu) of Japanese jujutsu in the 19th century.

It teaches that a smaller, weaker person can successfully defend against a bigger, stronger assailant by using leverage and proper technique—most notably by applying joint-locks and chokeholds to defeat the other person. Brazilian Jiu Jitsu can be trained for sport grappling tournaments (gi and no-gi) and mixed martial arts 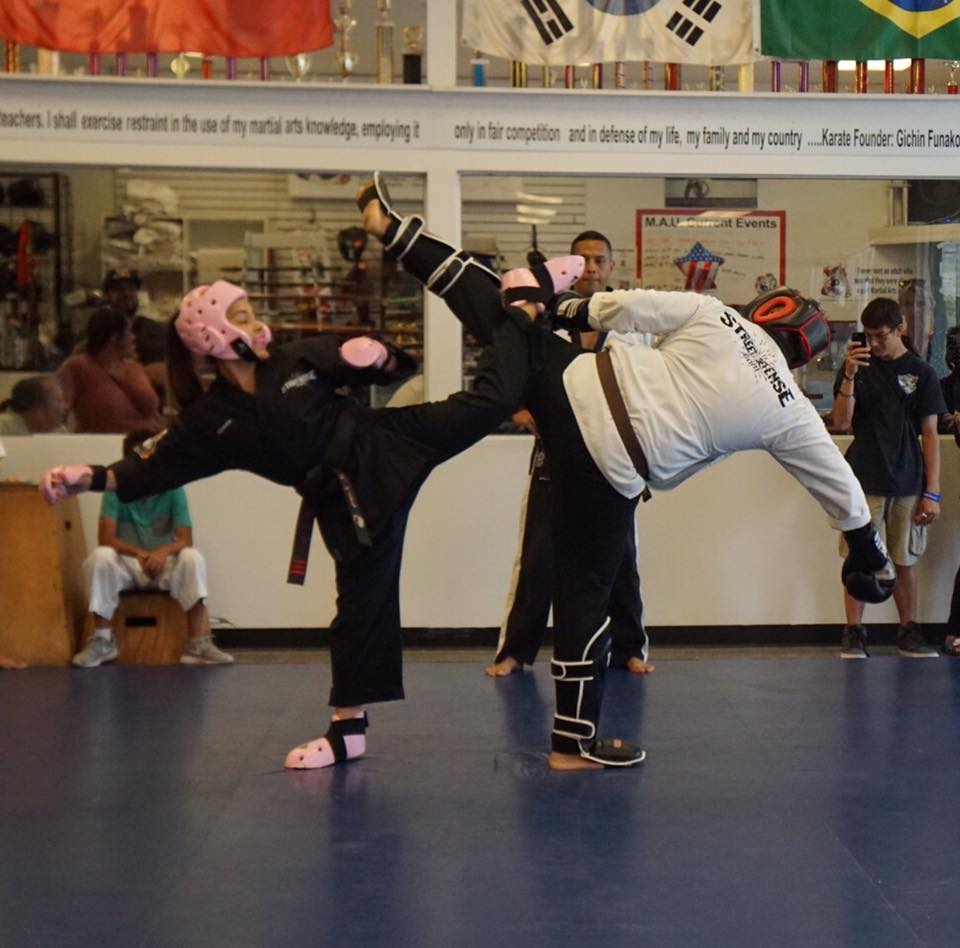 Karate-do, meaning “way of the empty hand” was developed in Okinawa, Japan. Karate-do is a striking art using punching, kicking, knee and elbow strikes, and open-handed techniques such as knife-hands. Grappling, locks, restraints, throws, and vital point strikes are taught in some styles. Also Karate-do is famous for its kata’s. Karate-do teaches ethical principles. Gichin Funakoshi “Father of Modern Karate” His legacy rests in a document containing his philosophies of Karate-do training now referred to as the niju kun, or “twenty precepts” 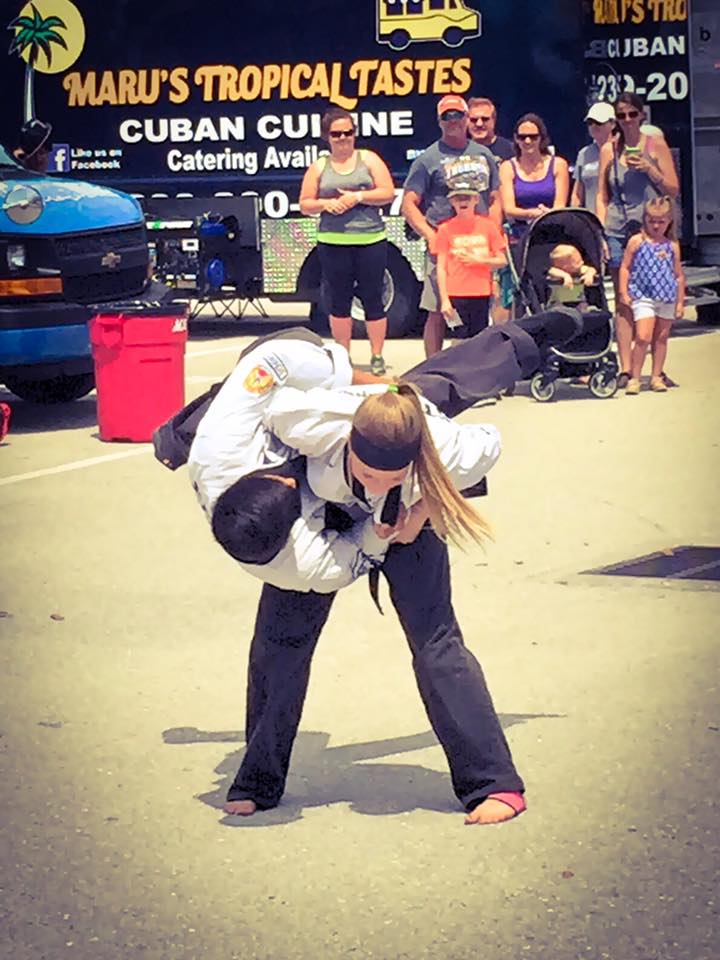 Judo is jūdō?, meaning “gentle way” is a modern martial art and combat sport created in Japan in 1882 by Dr Kano Jigoro. Its most prominent feature is its competitive element, where the object is to either throw or takedown one’s opponent to the ground, immobilize or otherwise subdue one’s opponent with a grappling maneuver, or force an opponent to submit by joint locking or by executing a strangle hold or choke. Strikes and thrusts by hands and feet as well as weapons defenses are a part of judo, but only in pre-arranged forms (kata) and are not allowed in judo competition or free practice (randori) 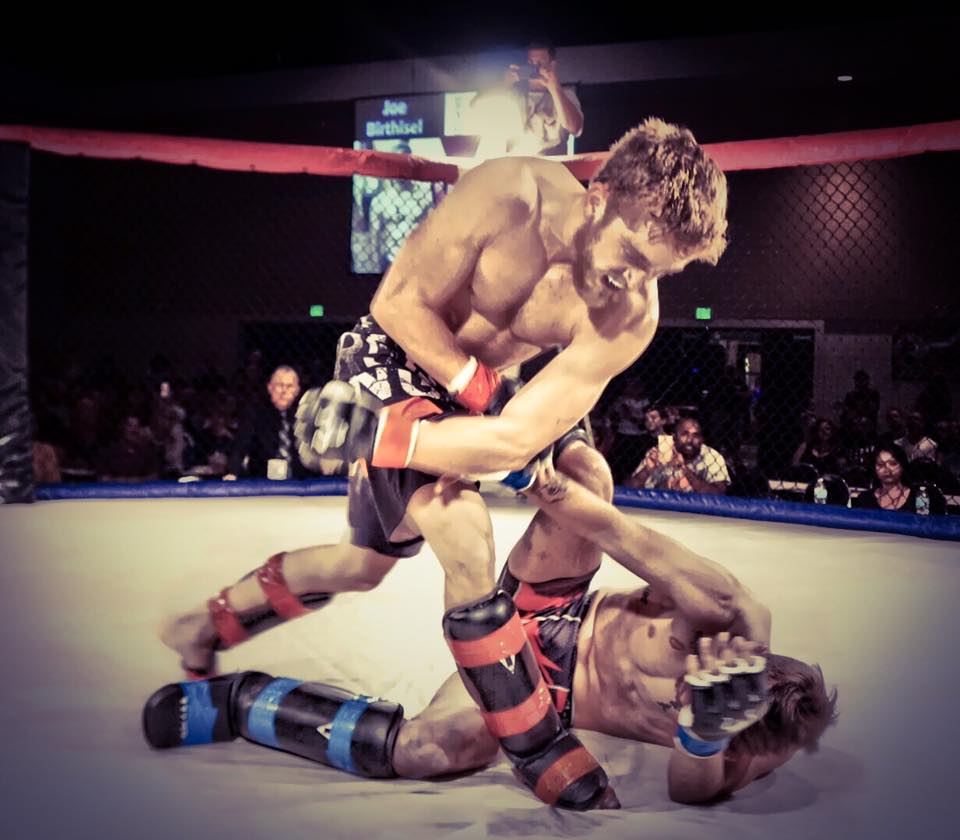 What is MMA ? (mixed martial arts)

Mixed martial arts (MMA) is a full contact combat sport that allows a wide variety of fighting techniques and skills, from a mixture of martial arts and non-martial arts traditions, to be used in competitions. The rules allow the use of both striking as well as grappling techniques, both while standing and on the ground. Such competitions allow martial artists of different backgrounds to compete.

The history of modern MMA competition can be traced to mixed style contests throughout Europe, Japan and the Pacific Rim during the early 1900s; the Gracie family’s vale tudo martial arts tournaments in Brazil starting in the 1920s; and early mixed martial arts-themed professional wrestling matches (known as Ishu Kakutougi Sen in Japan) hosted by Antonio Inoki in Japan in the 1970s. 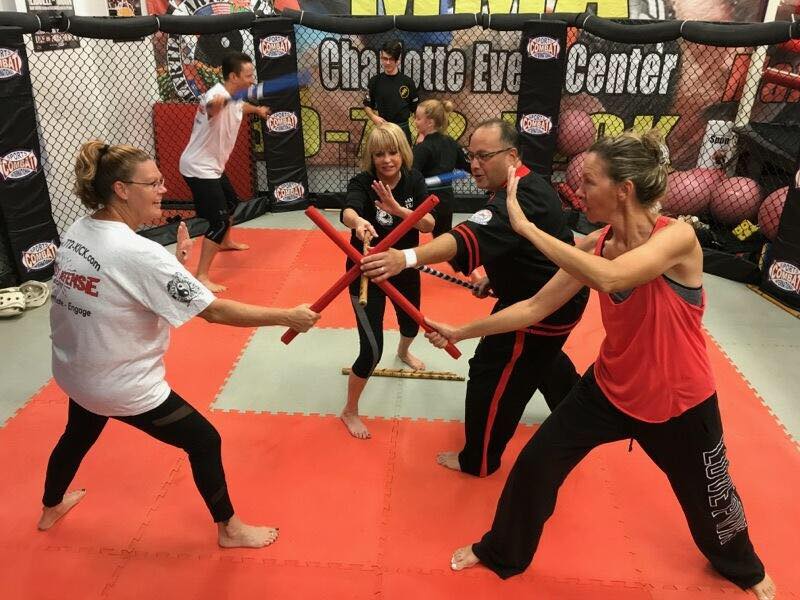 Eskrima, Arnis and (in the West) Kali are umbrella terms for the traditional martial arts of the Philippines that emphasize weapon-based fighting with sticks, knives and other bladed weapons, and various improvised weapons. It also includes hand-to-hand combat and weapon disarming techniques. Using long-, medium- and short-range fighting techniques. As eskrima is an art for the common folk (as opposed to nobility or warrior classes), most practitioners lacked the scholarly education to create any kind of written record. While the same can be said of many martial arts, this is especially true for eskrima because almost all of its history is anecdotal, oral or promotional. The origin of eskrima can be traced back to the fighting systems used by Filipinos during internal conflicts. Settlers and traders traveling through the Malay Archipelago brought the influence of silat as well as Chinese and Indian martial arts. 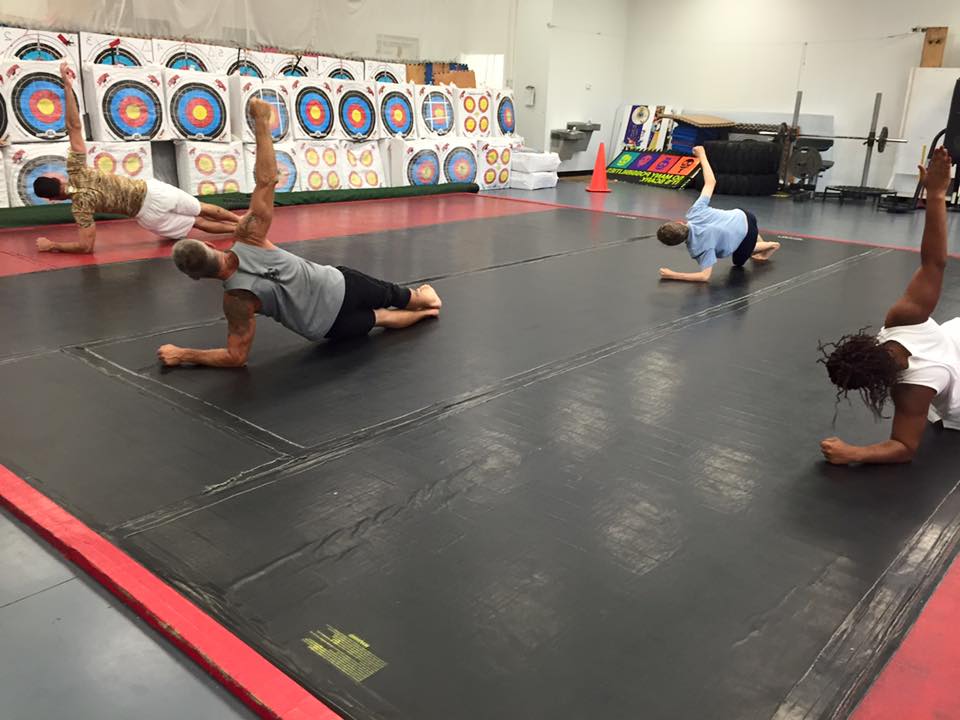 What is Combat Conditioning ?

Combat Conditioning is a combination of high intensity cardio, fitness and martial techniques, blended together to ready your body for the amount of stress that would be put on you mentally and physically from a real life combat scenario. 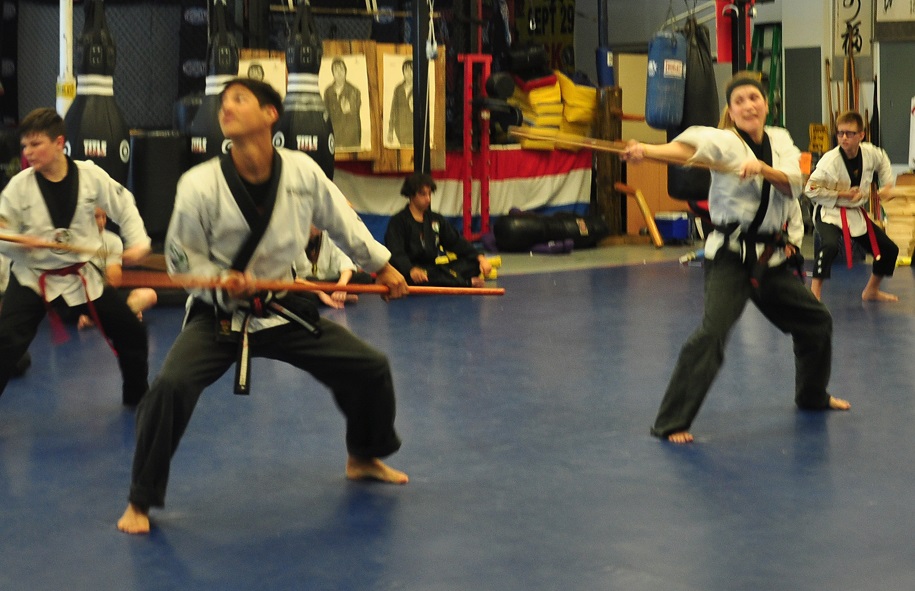 What is Weapons class (Kobudo) ?

Weapons class is combination of using various martial weapons , such as the bo staff, katana, nunchaku, and tonfa etc. All of which come from various cultures. 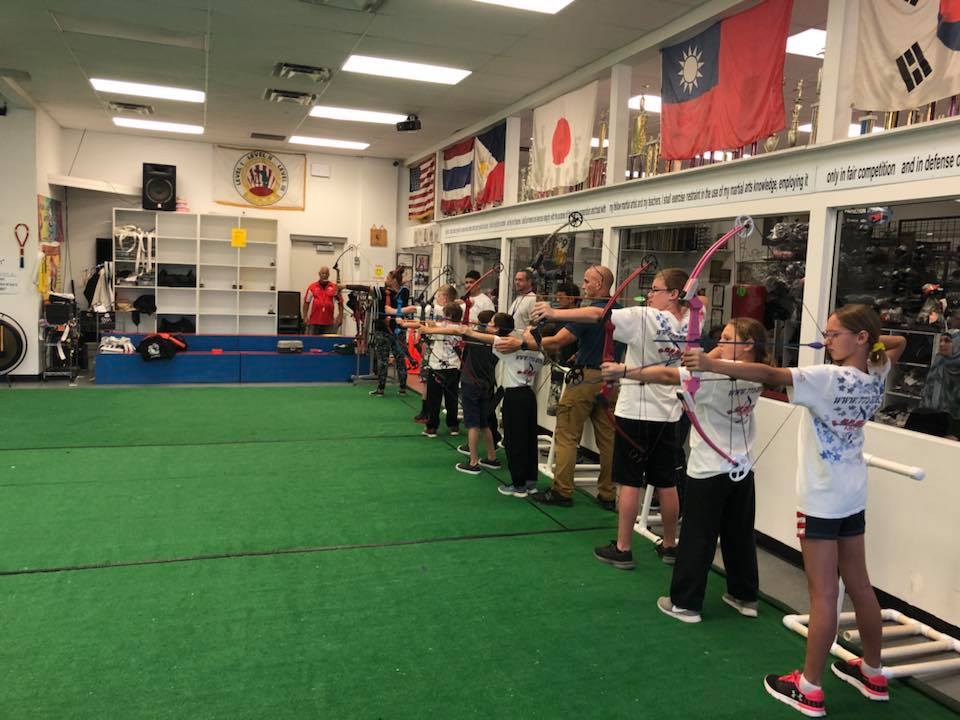 Archery is the art, practice, or skill of propelling arrows with the use of a bow. Archery has historically been used for hunting and combat; in modern times, however, its main use is that of a recreational activity. One who practises archery is typically known as an “archer” or “bowman,” and one who is fond of or an expert at archery can be referred to as a “toxophilite.” 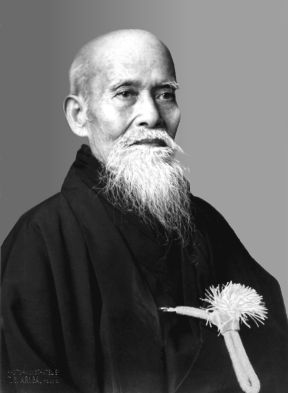 is a Japanese martial art developed by Morihei Ueshiba as a synthesis of his martial studies, philosophy, and religious beliefs. Aikido is performed by blending with the motion of the attacker and redirecting the force of the attack rather than opposing it head-on. This requires very little physical strength, as the aikidōka (aikido practitioner) “leads” the attacker’s momentum using entering and turning movements. The techniques are completed with various throws or joint locks. 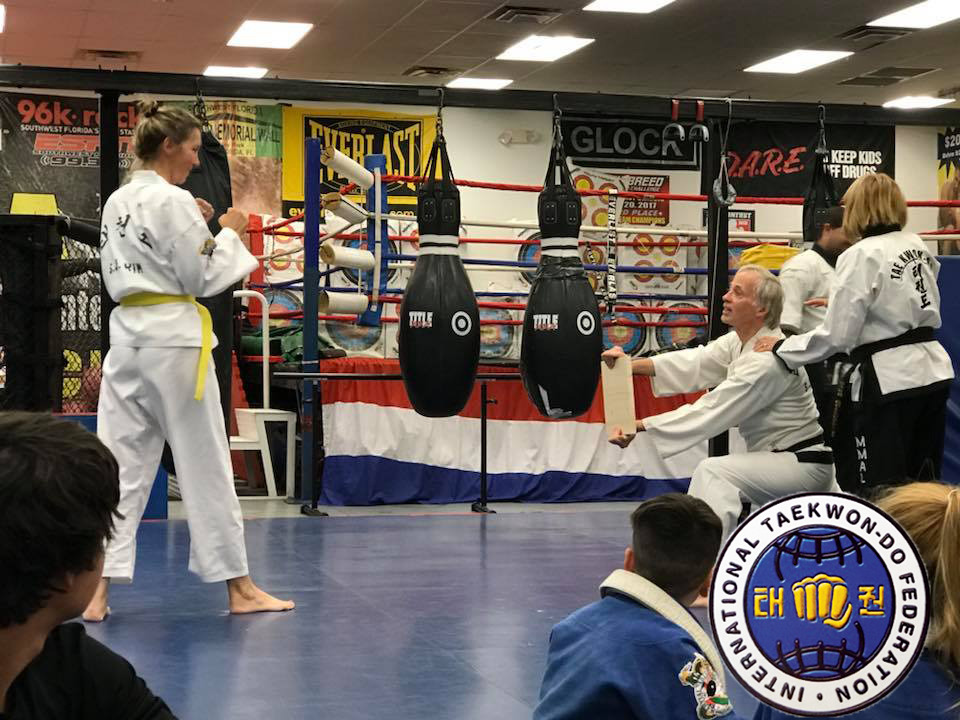 is a martial art that originates from Korea. It combines combat techniques, self-defense, sport, exercise, and in some cases meditation and philosophy. The art in general emphasizes kicks thrown from a mobile stance, employing the leg’s greater reach and power (compared to the arm). Taekwon-do training generally includes a system of blocks, kicks, punches, and open-handed strikes and may also include various take-downs or sweeps, throws, and joint locks. Martial Arts University’s taekwon-do program is certified by the International Taekwon-do Federation

TOP 10 REASONS MARTIAL ARTS UNIVERSITY® IS A LEADER
IN THE “MARTIAL ARTS” INDUSTRY:

WHAT DOES MARTIAL ARTS UNIVERSITY EXPECT FROM ITS STUDENTS?

We do recognize that you have a choice in martial arts schools. Do not let convenience or hearsay be the deciding factor on school choice. There are Dojos on every corner, do not confuse a quality school with a “BELT FACTORY”. Look out for the schools who sell you belts on a predetermined time frame! Some schools depend on testing fees to stay open. We at Martial Arts University® rely on our quality programs.

“The right school makes all the difference”

You must be willing to accept martial arts not only in your classes, but in your every day life. A large part of the Martial Arts is fitness: mental and physical. You will develop and maintain a high level of physical fitness as previously defined, and mental discipline will be acquired through concentration and focus drills. An adult student will be able to reduce stress . Children and young adults will learn Self-Discipline, Self-Control, Respect, and many other attributes to become happy productive citizens.

As an Martial Arts University® student you will learn numerous combat concepts and an infinite number of techniques. You will be a complete, well rounded Martial Artist. From preschool to senior citizen, you will become more respectful and confident through Martial Arts, as well as learning life lessons (manners, hygiene, diet, fitness, safety). All students will be encouraged to compete in tournaments to develop good sportsmanship and self-esteem. lf you choose to compete your choices are many: Boxing, Kickboxing, Sport Karate, Ju-Jitsu, U.F.C., Firearms, etc. Our younger student grades must be maintained to continue as a member at Martial Arts University, and all members are subject to dismissal from the Martial Arts University® at any time.

In a short time all members of the institute will learn how to control stress, stay in shape, and deal with any martial arts university situation, perhaps by avoidance, negotiation or contact. With a lot of dedication and hard work our students will be skilled in long range combat (weaponry), mid-range (boxing, kicking), close range (grappling and joint locks) day or night, one attacker or several!